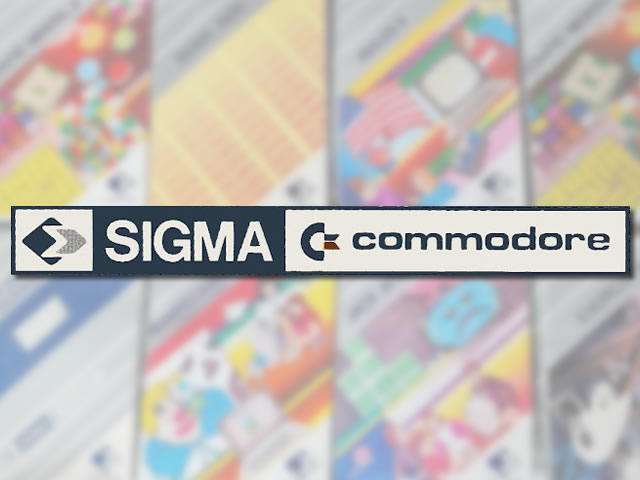 In Mexico, a local company called Manufacturas Industriales Sigma, distributed Commodore computers under their own brand. We talk to Juan Carlos Ricalde, a former SIGMA employee to learn more about the Commodore phenomenon in Mexico. 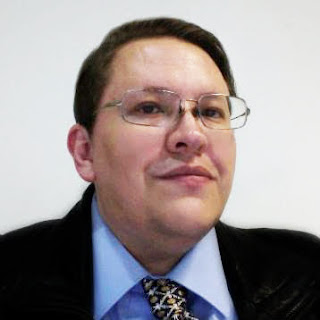 The history of Sigma Commodore began when Manufacturas Industriales Sigma "MIS" obtained an import agreement to market Commodore equipment in Mexico. In addition, a distribution agreement was also reached with Aurrerá, one of the major supermarket chain (now part of the Walmart group).

Aurrera launched a campaign in newspapers and TV, conveying the message that you could enter the world of computing using the Sigma Commodore 16. This was the first model that was sold in Mexico.


2. Tell us a little about Sigma: the people who made up the company and your role in it.

Sigma was a business group, consisting of several companies.

In terms of staffing, there must have been over 100 people since there was the store, support staff, vendors, transportation, training and administrative staff.

Grupo Sigma's building was at Holbein 174, between the Plaza and the Blue Stadium. On the ground floor was the computer store, on the 1st and 2nd floor were MITA copiers.


Sales was on Floor 3, on Floor 4 were the training classrooms and on Floor 5 there was a demonstration area where you could find anything from a PET to the Commodore Amiga.

I worked at Sistemas Avanzados de Comunicación Visual S.A. de. C.V., also called SACV. We were in charge of training and education, I worked as an instructor and taught courses for children and companies.


3. What kind of grades did SIGMA offer?

In the case of the children, the grades were BASIC programming, Logo, and some free playtime if they completed the lesson of the day.

The professional grades for companies were mainly Word Processing and Database. With the arrival of the Commodore Amiga other grades, like Computer Aided Design, Amiga OS, Animator, Deluxe Paint and Sculp3D were offered.

The training grades were held on the fourth floor at SIGMA’s headquarters. There were four classrooms, one with Commodore 16, one with Commodore 64 and 128, one with Amiga 500 and a fourth that was configured according to the grade. Each room had from 10 to 20 computers, depending on the number of students attending. 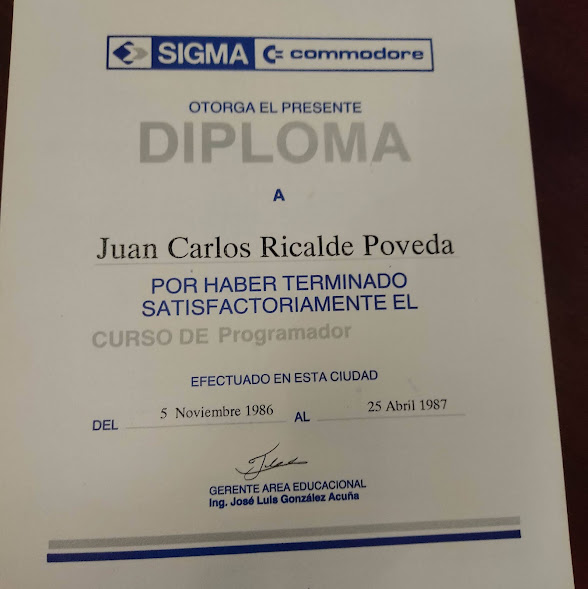 4. How were Commodore hardware, peripherals and software marketed?

Mainly the programs were sold on cartridges, also on tape, as well as the datassette. Later on, the Commodore 1702 monitor was sold.

As I mentioned before, the first computer to be marketed was the Commodore 16.

As a curious fact, all Sigma Commodore computers did not have the original Commodore logo: SIGMA initially put a label that said Sigma Commodore 16, whereas some later models even had a sticker with metallic effect.

Every year Aurrera organized an event called La Feria de la Computación (Computer Fair), where they launched offers and discounts on equipment and presented new products. SIGMA employees would come to the stores to help with demos and support.

5. As you mentioned, the machines were customized in Mexico. What was the process like? Did the equipment come from the U.S. or was it assembled in Mexico? Did Sigma provide full technical support?

Indeed, SIGMA imported the assembled equipment and in Mexico it was relabeled and put in SIGMA's own packaging.

6. What kind of user bought Commodore Sigma equipment? Was it oriented to a professional or domestic market? In your opinion, was it expensive equipment, only within the reach of a certain social class?

They were of course expensive equipment. The large production of SIGMA applications that were business-oriented hints that it was at least initially equipment for the professional market. But gradually it was reaching other kind of users.

7. Was piracy significant in Mexico? Where and how was software exchanged?

I’d say there were several stages. Initially, there were program exchanges between users, but mainly because they had no idea how to get programs.

8. Was there any specialized magazine in Spanish?

None that I remember, but we got the magazines imported from the USA. I, for example, used to buy RUN at Sanborns.

After Sigma closed, I do remember a publication for Amiga called Amiga Vision, by Chepe Nicoli, a former Sigma colleague. Although it only came out for 2 years, they made, among other things, an animation contest.

9. How was the relationship with Commodore International? Do you remember any sales data?

I couldn't tell you details about the import agreement, but I know that Commodore International gave SIGMA the exclusivity for Mexico and in that agreement they were allowed to brand them Sigma Commodore.

The sales figures is another fact that I don't know, but I know that each Aurrerá had 20 to 100 units in its beginnings, and that number grew with the demand.

10. What was the market like, and which computers competed with Commodore?

When Commodore 16 arrived in Mexico it had no real competition, since the sale of computers was done through companies that imported them or sold them in the fayuca (places that sold imported foreign items sometimes somewhat irregularly).

Eventually Gigante, which was Aurrerá's competitor, went on to sell Tandy Radio Shack, without much success.

Later on, more consumer computer brands arrived in Mexico. The use of computers in the business environment was already well established. Sigma even came to sell IBM equipment.

After the disappearance of Commodore from Aurrerá, people switched to PCs, with models like the Printaform, which were sold by importers. There were also Apple computers, which were the luxury segment and used by designers.

The Amiga was used for a long time by the video industry.

It's not that it was popular, it was the first model and that caused a great sale of Commodore 16, which was a computer that Commodore International could not sell at home as it was sold in Mexico.

12. What material do you keep from that time?

I have my 1702 monitor. Unfortunately, my machines went away with time. I'm sure at my Dad's house I'll have some Sigma Commodore stuff.


13. Do you remember until what year SIGMA was operating and the reasons for its closure?

SIGMA was operating until 1989. I don't know all the details, but I remember hearing that the cause of the closure was a problem with Aurrerá, the distributor.

As I mentioned, every year Aurrerá held the Computer Fair which was the main sales event. For some reason that year the shipment was delayed and SIGMA could not supply the equipment. Aurrerá cancelled the fair and did not want to pay for the equipment. As a result of this problem SIGMA ended up closing, and all of us in the training division were out of work.


14. SIGMA labeled the equipment, made the packaging, produced programs, provided training and promoted itself at trade shows. Any other curiosities you'd like to share with us?

Well, SIGMA and the the Arturo Rosenblueth Foundation produced a quiz show contest that was shown in the afternoons on channel 13 of Imevisión. It was called "Concursor".

The animation of the entry was made with Animator on an Amiga 1000.

They had 5 Commodore 64 and Commodore 16 for 5 participants to solve games on the screen. The winner got a free game, and in the finals a Commodore 16.


15. The games were exclusive productions?

Yes, the programs were created by the Foundation, and SIGMA marketed them. Generally they were educational programs, about the human body. Another, like Luna10, was a simulator. 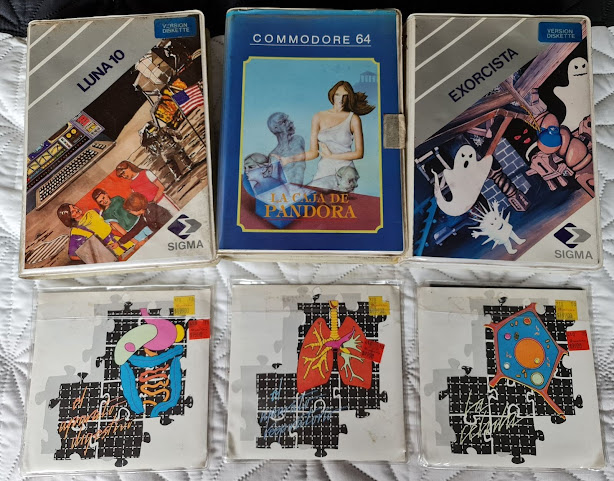 Some of the programs used in Concursor

16. Thank you very much Juan Carlos, I think it has been very interesting and now we have a deeper knowledge about the story of Commodore in Mexico.

You are welcome.
Related links: